The list goes back a few years, but see if you can think of the law broken with each one.

This is not a comprehensive list but is enough to serve the point.

Many won’t remember the Energy Policy Act from 1992, but when it went into effect in 1994, five-gallon flush toilets were banned from further sales. All new commodes had to flush with 1.6 gallons of water. This was done with the intention of helping the environment.

It seems that five gallons of water to flush a commode was “extravagant” and “wasteful” so it required government intervention. Of course, as they are want to do, they jumped the gun and passed a law before the tech worked adequately.

The unintended consequence: The technology wasn’t perfect, so to “flush,” most of what went into the toilet required two, three, or four flushes to take care of the circumstance. Many times more water was used for flushing these environmentally friendly toilets than the old ones. The water savings was not seen for a few years.

They tried adding air pumps, pressure pumps for the water and at some point discovered a way to get most “flushes” to work the first time.

Then the government implemented a requirement to go to 1.2 gallons per flush. More fun ensued.

This one seems more dubious to me. Washing machines seemed more efficient than all the other ways to clean clothes.

I’m not sure of the exact dates for this government intervention, but this has lasting effects felt to this day. They required top-loading washing machines to use less water and electricity.

In 2012 another set of regulations was implemented by the Obama Administration that was supposed to save consumers money on electricity and water. The standards were put together to lower the amounts of both needed to wash clothes.

The unintended consequences; In 2007, Consumer Reports tested the new breed of machines and reported that for the first time, they could not recommend any inexpensive, high-performing top loader washers. They were testing brand new washing machines and said the washers did not clean the clothes.

What did they recommend if you wanted to buy a washing machine and actually to clean your clothes? The costly front-loading machines. They ran longer cycles and could operate on less water. The problem is most people couldn’t afford them, and many still can’t.

I can vouch that our top-loader washing machine is horrible. The government regulations require them to work with such a small amount of water they can’t get the clothes clean. Not only that, the rinse cycle uses so little water we have to run four rinse cycles to get the detergent rinsed out of our clothes.

So much for saving water.

Remember these antiques. Many people still need and use a home phone and I would think this skews to the elderly.

Home phones were connected to a pair of copper wires in your house that linked back to the automated switchboard. The power was through the copper line, so even when your home lost electricity, the telephone still worked. You could call the electric company, on your still working telephone, and let them know your electricity was out.

As the internet became more prevalent in households, companies began selling a service called VoIP, or voice over internet protocol. This service provides for voice conversation to take place over the Internet. The third-party companies were selling this service very cheap because they didn’t have to install phone lines or invest in expensive sub-stations. They only sold a device that connected to your Internet connection.

The Baby Bells saw this goldmine and eventually jumped onboard. Now, most home telephone lines are provided by VoIP. It is cheaper to offer and costs the Bells almost $0 extra to give the service. Even if you don’t buy an internet connection from a Baby Bell, they connect you to the internet and only activate for telephone service.

As they provide this service that has a negligible cost add-on, they still charge the same monthly fees they always did. Some even charge you for a long-distance plan as well. We were charged $39.95 for local service and another $39.95 for long distance a few years back. It was VoIP.

The unintended consequences: If you lose your Internet connection for any reason, power outage or Internet outage, you lose your home phone. And the service has a habit of dropping on a regular basis making it difficult to make an extended call without a lot of “what did you say?” between the participants. 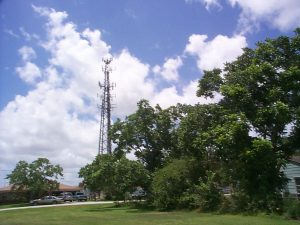 Cell phones are a bit different. Their story is similar to the television story (which we’ll get to). In the beginning, cell phone signals we’re analog with a reach of 20 to 30 miles depending on topography. Cell towers were positioned for coverage based on these criteria; topography and signal strength.

I worked a large territory as a salesman in a remote part of the Texas Panhandle. With the layout of towers, I was able to communicate with my customers from almost anywhere in the region. My customers could easily call me if they had an emergency or a situation. It was great.

Then the government decided to reallocate the digital bands and sell them off to the cell phone carriers. Analog requires a larger amount of bandwitch than digital so at a point the cell carriers converted to digital signals.

The unintended consequences: The conversion made all analog cell phones obsolete requiring new phones to work on the new technology. The bigger issue was signal strength and distance. Digital cell signals only carried eight to ten miles, which left much of the remote country I covered without coverage. I honestly can’t remember how long it took for the additional towers to be installed.

The television story is similar to the cell phones. Analog television signals reached for great distances. We lived in a city 60 miles from the “big city” where the television stations were located. With an antenna, we were able to watch TV without any issues. The weather didn’t seem to affect the analog signal we received from the stations. The weather not affecting the signal was the most important part because the weather was why we watched.

We moved to a remote location in the Texas Hill Country and the nearest stations were in San Antonio. Again, the analog signal worked great with one of the new flat panel powered antennas. The 30 or so miles didn’t matter. I could watch the Dallas Cowboys and the local news and weather.

Then, again, the government decided to reallocate more digital bandwidth to television providers. Then on June 12, 2009, the Federal Government required all television stations to cease transmitting their analog signals and use only digital. That is the day we lost our television signal.

The unintended consequences: The loss of all analog signals caused a large part of the rural population to lose their ability to watch television. This required those receiving “free television over the air” to purchase the new “digital only” signal from cable or satellite companies or do without their television service all together.

As with cell phones, the digital signal has a much shorter reach than the original analog signal.

I have to admit, this one chaps me the most. It was the most political and least thought out government intrusion up to this point in time.

There are so many issues here it is hard to decide which to cover first. The short answer, as before, is they jumped the gun before the technology was ready. More on that later.

Let’s start with price. At the time of the required conversion date, incandescent bulbs were about $0.50 cents each for a standard 60 watt bulb. The replacement CFL was over $10.00 dollars. So much for helping the poor and middle class.

Then they “forgot” to tell us the new CFL bulbs contained mercury, so they were dangerous if broken. Oh, and when they quit working, which was frequently, you could not throw them in the trash. You had to collect them and haul them to a designated location for proper disposal.

Supposedly, the CFL, or compact flourescent bulb, was supposed to last forever. Like 10,000 hours or something. Well, that didn’t happen. The bulbs manufactured for home use were not as reliable as the 4 foot and 8 foot flouescent tubes designed and built for office use.

The unintended consequences: LED bulbs were all ready being tested when the mandated change took place. I saw the LED (light emitting diode) in Amarillo, Texas in the early ’90s. It was remarkable. It took very little electricity to produce a brilliant light. And better, it did not put off any heat, to speak of.

At that time I knew LEDs would be the lighting of the future. Little did I know at that time the forthcoming CFL debacle.

This is an interesting one from the point of a “car guy.” Especially one that love muscle cars from the ’60s.

So far, the government hasn’t mandated electric cars, but I’m sure they will at some point in time. And if they do, you can be sure it will be before the technology is ready.

I’m not against the electric car, but I know that are better options.

Let’s look at the pros and cons to the electric car.

Since I only buy used, I would never buy a used electric car because of battery replacement costs.

This article is one of the most telling. It seems a police officer began a high-speed chase of a gas vehicle. The officer was forced to break off pursuit because his electric Tesla didn’t have enough charge to continue. He then had to locate and stop at a charging station to enable his return to the police station.

We’ve all seen the pictures of the electric car dead on the side of the highway with a two-ton truck pulling a big diesel generator. It seems that many drivers misjudge the distance one can drive in an electric car with the stereo, windshield wipers, heater, and cruise control running. Hint: It’s less than you think.

The same goes for battery mileage. 100,000, 200,000, or 300,000 miles promised is like your laptop computer guy that says your battery will last 12 hours. Really? How about 5 hours under real conditions. And electric car batteries are expensive. To replace a battery pack currently is about $6,000. It’s hard to do the math with all the unknowns.

This shuttle service has used Teslas for some time and has put 300,000 miles on one. They say their service and maintenance costs are “about $0.05/mile. Not bad.

I also have kept meticulous records on my Dodge Magnum. Removing the cost of the vehicle like they did makes my total service and maintenance costs $.0.036/mile. I’m not seeing the huge savings they tout. In fact, they spent 28% more than I have.

And to claim they are carbon free? Where do they think the electricity comes from? The magic socket on the wall? That is a long discussion beyond the scope of this work, but the electric car is ultimately still powered by Natural gas, Coal, Diesel, or Nuclear energy. Sure we can even discuss solar and wind, but they are not ready for prime time, either.

Will electric cars get better? Yes, in time. But not now.

I guess my point is that tech seems to move backwards long before moving ahead. It’s just a shame the government keeps interfering with the process requiring conversions before they are ready. The cost to American taxpayers is tremendous.

And don’t get me started on Net Neutrality.