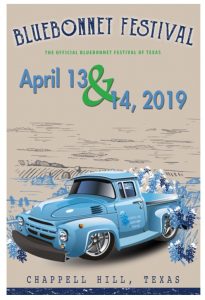 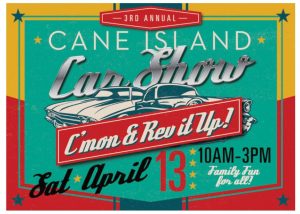 What more could a car fan ask? Enjoy your weekend no matter where you are enjoying the cars.

It was a red 1956 Thunderbird just sitting there, hidden in 5′ tall weeds.

Dad was an avid gardener with a love for growing fresh vegetables. It was his way to relax, and I was generally a part of the labor. Rototilling, forming up the rows, planting, watering, and weeding were things I could always help with. Plus sharing in the bounty at the table. His gardens always produced more than we could eat, so we shared a lot with neighbors.

In the spring of 1965, I accompanied Dad to one of his favorite nurseries. They specialized in tomatoes and offered the biggest variety and the healthiest plants. Dad would spend hours looking at the plants and picking out the ones that met his approval. It was always a lengthy process.

After he shopped for a while, I got tired and wandered off. As a 15-year-old, gardening was not my thing, but wandering and looking at starter plants was boring. I excused myself and went outside.

I saw some old equipment on the other side of one of the big greenhouses and headed that way. The area was full of old farm equipment surrounded by tall weeds growing up to about 5 feet tall. Struggling to get farther into the weeds to see what was hidden from view, I saw something red peeking through off to my left.

Moving that direction, I stepped next to a very oxidized, red 1957 Thunderbird. It looked intact. It had a red hard top and a V8 emblem on the side of the front fender. Getting around to the driver’s door, I could see a white interior with bucket seats. There in the console was a standard transmission. A V8 with a manual transmission.

I couldn’t believe my eyes. As I was running back to get my Dad, he was coming out of the greenhouse with carts full of plants and seeds for garden.

I helped him get the items loaded into the back of his pickup and as calmly as I could, told him about my find. I explained we needed to find out who owned the car so we could buy it because it needed a good home.

After a very short discussion, he explained to me that it would be too much work to get it home and do all the repairs it needed.

A few months later, I had my license and I went back by the nursery to see what I could find out. It was gone. The field was mowed and cleaned of all the old equipment and the T-Bird. Gone.

Heart broken, I got back into my 1960 Ford Station Wagon and drove home. The opportunity of a lifetime was gone.

There are few times I was dumbfounded by my Dad, but this was one of them.

In the past, pictures of cars frequently included a person standing in front. A fine time-honored tradition, if you ask me.

In going through old photos, one can see my family was part of the tradition. I am in seven of the photos below, even as others are featured.

Look through your photo archives and I bet you will discover the same thing. Am I right? Let me know in the comments.

The bucking was fierce. Back and forth, up and down. Then, as quickly as it began, it quit. Once again I failed to meet the challenge. But I was determined. Again and again, the bucking continued until I rode to the metaphorical buzzer.

I was thirteen years old and all I thought about was cars. In Texas, a drivers license was freedom from riding the bus to school every morning. And a Texas license was available at age fourteen. It was time to learn how to drive.

For several years, I’d watched Dad drive his old ‘57 Chevy pickup with ease: starting, shifting, braking. His use of the clutch was an art I hoped to learn. Our two family autos had a three-speed transmission with what is now called, three on the tree. We just called it a manual. The clutch was the trick and learning it was the challenge.

We spent almost every weekend the summer of 1964 on Buffalo Lake—skiing, boating, and fishing. With both Mom and Dad working full time jobs during the week, the weekends were family time. Mom would get home first on Friday evening and begin preparations. When Dad got home, we would hook up the boat trailer to his pickup and then I cranked the handle down to the hitch on the ball attached to the rear bumper.

The drive to the lake took about an hour, then we set up the tent and launched the boat in plenty of time to watch the beautiful Texas Panhandle sunset. A little night-time fishing and then off to bed in our big Army-surplus tent.

On this particular weekend, Dad asked if I was ready to solo. I knew exactly what he meant and immediately agreed. The area around the lake was the perfect place to learn to drive, and Dad tossed me the keys to the pickup and said “Don’t hit any trees.”

His pickup was not the kind you see on magazine covers with brilliant paint jobs and plush interiors. No, this was Dad’s work truck. It was that strange bluish aqua color so popular in the late fifties. The interior was plain and well-worn, and smelled like a welder’s truck. Grease, welding rods, burned gloves, and there was normally a welding helmet on the floor board.

It was one of those days we dream about. The sun was warm and there wasn’t a cloud in the sky. It was still early enough in the season so the lake was not crowded. A perfect day to learn.

I was determined that I would learn to drive the pickup that weekend. Coordinating the clutch and gas pedal more difficult then I expected. More gas, slower on the clutch … more bucking, and another stalled engine. Again and again, until finally …

The first time I got the pickup going without killing the engine, I crept along in first gear, slowly keeping the pickup in the ruts which ran through the trees. In some places, the tree branches reached out from the side of the trail, encroaching on the narrow set of tracks. Some of the trees were bois-d’arc, with branches of sharp, sword-like spikes reaching out to poke and scratch. Dad’s pickup suffered from that day under my control, but he didn’t mind. He spent most of the morning laughing loudly. I believe he was having as much fun watching as I was learning.

Finally, I was getting the right combination of gas pedal and clutch pedal to get the truck moving.

Then came the next goal… shifting into second gear. Another challenge to overcome, that took several but ended in success. Since the truck was moving, second gear was a simpler task. I never needed third gear that weekend, but knew I could win that one, too.

That weekend, I learned to drive a standard transmission without burning up the clutch and later, Dad would work with me on the back roads around the house to make sure I understood all that was involved in driving. Checking the mirrors, paying attention to the gauges on the dash (yes, gauges, not lights), and watching in all directions for the unexpected.

It was the best summer of my life.

My Life with Cars

Looking back, cars have played an important part in my life and this is one of the chronicles of my life. There will be more to come.